How to Deal With What Everyone Else Thinks You Should Eat

Sadly, this is a common theme in my conversation with clients.

Once we come up with a protocol and they start to implement it, they have to deal with “backlash” from their friends and family, because it’s really hard to hide how you’re eating (not that you should have to).

So, I have to help them work out how they are going to respond to the well-meaning folks who are sharing their opinion on their lifestyle – if they need this type of help.

Comments like: “you’re too strict”, “you just need moderation”, “you can’t live this way forever”, or, “being restrictive is not healthy”. And the usual: “come on, have just a little wine with me” (or coffee, or cake), “a little bit won’t hurt”, or “it’s just a matter of time before you fall off the wagon”.

At this point in my practice, I’ve learned that I have to have conversations early on with my clients regarding how they are going to handle the naysayers and critics in their lives.

Believe me – it always comes up!

I truly believe that many naysayers are well-meaning, but some are looking for company in their own lack of change. Many secretly wish they could have the ambition and commitment to give up something that might be causing underlying health issues. This is when they begin to project their shortcomings onto you.

WHAT CAN YOU DO ABOUT IT?

First, after I present my protocol, I like to have an open conversation about this topic ahead of time.

We talk about how to be prepared mentally. In some cases, the protocol is intense. For some people, they do have to be very strict for a short period of time.

(Check out my blog about Food Intolerances – they’re a lot more common than most people think and you’re going to want to give it your ALL if you suspect that may be going on with you.)

We have a conversation about how long it took the body to become imbalanced; it doesn’t happen overnight.

So, if they can take even two weeks or 30 days to follow the protocol 100% without outside influence, then they will learn what foods may and may not be contributing to the root cause of their imbalance.

For most, they never regret the effort they put in.

They just get sick of being hassled by friends and family, who seem to know better and don’t mind imposing and telling them.

Next, I work with my clients to consider the source of the criticism.

This is when I get to share this amazing quote below!

“It is not the critic who counts; not the man who points out how the strong man stumbles, or where the doer of deeds could have done them better. The credit belongs to the man who is actually in the arena, whose face is marred by dust and sweat and blood; who strives valiantly; who errs, who comes short again and again, because there is no effort without error and shortcoming; but who does actually strive to do the deeds; who knows great enthusiasms, the great devotions; who spends himself in a worthy cause; who at the best knows, in the end, the triumph of high achievement, and who at the worst, if he fails, at least fails while daring greatly, so that his place shall never be with those cold and timid souls who neither know victory nor defeat.”
– Theodore Roosevelt’s famous speech, “The Man in the Arena”

I LOVE this quote!
It requires you to reflect on where the critic is coming from and if they have truly earned the right to offer you their criticism.

Another great tactic is redirecting your critics.

It’s absolutely okay to politely point out that you are not looking for their opinion and that the best use of their time would be to focus on how they could improve their own health issues, or whatever issues are at hand for them.

Last (and even I have a hard time with this method): Taking a break from the naysayers while you’re in the thick of implementing your healing strategy.

This is not possible for all, and I fully understand that!
Personally, I can’t live without talking to my mom.
So, when she’s critical, I explain my intentions and goals; I don’t take it personally.
Then, I move on and ask her to do the same! (In my case, I have the benefit of owning the grandkids she loves so dearly, so she’ll usually relent if she sees I’m overly frustrated with the conversation.)

In some instances, especially when the decided protocol is for a short time, taking a staycation and avoiding the critics completely can be a great idea.

Once you’ve created some distance, you can begin to create a support system of people who will assist you.
This might even look like following people on social media who are in the same boat.

It takes a lot of energy to deal with naysayers and critics.

It also takes a lot of energy to make choices and changes to improve your health.

You need to decide how to use your energy wisely.

In essence: you’re creating change in your life, and with that comes resistance.
Either your own or from the outside world.

But, this is a time when you have to dig deep and find the grit that is required to make long-lasting, positive change.

Albert Einstein said, “Insanity is doing the same thing over and over again and expecting different results.”

So, let’s stop being “insane” when it comes to our health.
We need to make real change, without letting the well-meaning naysayers and critics get the best of us. 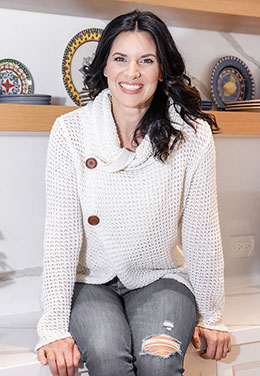