Toronto Nutritionist: Why nutritionists swoon over lemon water (and you should too!) 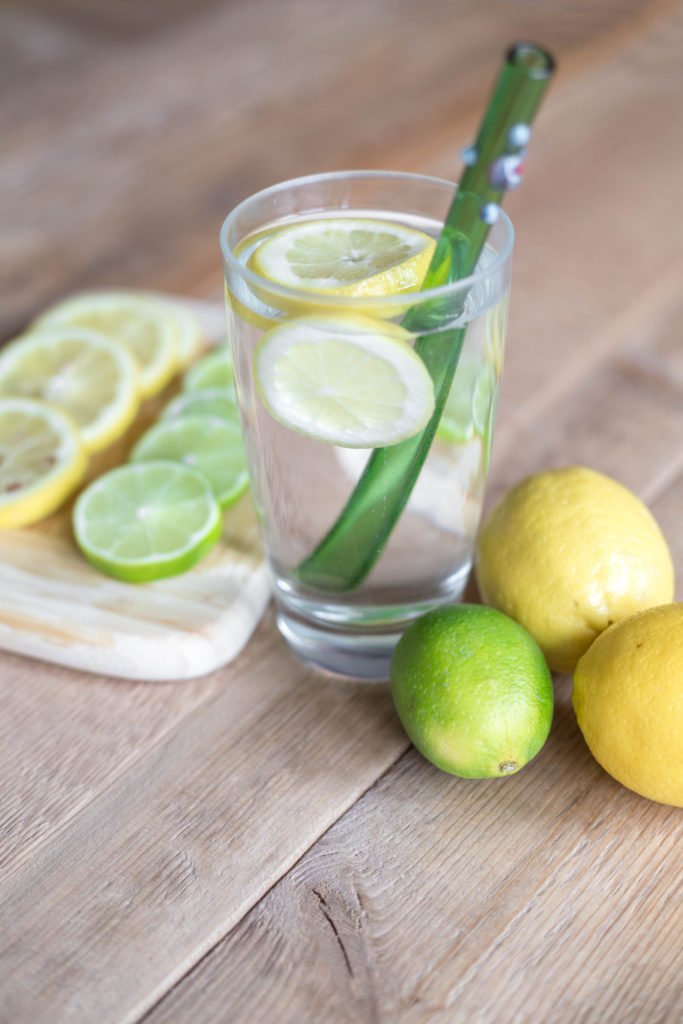 Lemons were believed to first originate in India, but now span the entire globe and today they are found in everything from cuisine to skin care products – and a lot of things in between.

Lemons are a world-class seasoning, second only to salt and pepper, and you can be sure that that unmistakable tart flavour that just one squeeze offers will make your dish just right.

But enough about flavour. Let’s get to the really juicy information.

The medicinal benefits of lemons are extensive! They aid digestion by stimulating the flow of saliva, which eases the work of the liver. Lemons also act as a diuretic, laxative, and can be an important antiseptic and antimicrobial. They are also vital for treating colds, cases of flu and parasites and lemons are beneficial for bile formation, which also supports liver function. (Go liver go!)

These yellow delights also help improve mineral absorption and cleanse the blood. Sore throats, hiccups, weight loss and alleviating gas (oh yes) are all issues that lemons can help with too!

Start the day with a glass of lukewarm water and lemon juice to alkalize the body and clean your system. Add raw honey and cayenne to taste (optional) to really jump start your metabolism.

More Fun Facts About Lemons (throughout history this time!)

If you plant it, they will come. Juneberries that

I don't know about you but I have been struggling

TODAY is EARTH DAY 🌳(which is really everyday)

Have you ever started a health journey or made cha

Ready for the truth no one wants you to know? The

This error message is only visible to WordPress admins

There has been a problem with your Instagram Feed.

I don't know about you but I have been struggling over these last few months.

All of the things that I'm normally pretty good at like staying positive, eating well, and being active have really been challenging for me during these difficult times.

I needed an inner shakedown!

And what I found was that I needed a really good plan and some accountability.

Starting on Monday, May 3rd, I'm committing to a 4-week meal plan to revitalize my health and help me shed a few pounds.

Just send me a quick DM with “I’M IN” and I’ll send you more info.

TODAY is EARTH DAY 🌳 (which is really everyday) and if you want to know how small changes can add up to a healthier planet 🌏 check out my newest blog (link below) where I do a deep dive into modern agriculture and how it impacts our health, as well as the health of the planet.

Actually, not be an ‘askhole’ but I’d really appreciate if you could take the 10 minutes, or so, to read it.

When it comes to farming, we’re in a cultural crisis – and it’s never been more important for food production to evolve and it’s us who will make it happen with our buying power.

The good news is that smaller scale, environmentally friendly, and regenerative farming practices are playing a big part in helping to restore lost nutrition in our soil and food, and you can “be the change” with my list of what you can do as an individual today!


So, have a read and let me know if you can support your local farmers or share your favourite farm in the comments below.

Two of my favourite local food producers are @farmqueenfoods & @providencehillfarm.ca

Very informative. Thanks for sharing !

Ready for the truth no one wants you to know?

There actually IS a secret tool to getting healthier.

Here’s another secret:
It DOESN’T involve giving up treats and wine forever.

In fact, the way I’ve been able to keep my family and I healthy for the last decade has been largely thanks to the 80/20 rule.

This week’s blog (link below) is ALL about moderation. The word you hear SO MUCH, but never really know how to practically include in your life.

Also on the blog, 15 DELICIOUS (and I mean actually delicious) vegetable recipes.

No, I’m not going to tell you to make a plain salad with a drizzle of balsamic vinegar.

Let’s talk about VEGGIES that are delicious and taste like our favourite comfort food.

When we start to rekindle our flame with veggies, we remember how good they can taste and how they make us FEEL.

What’s your favourite FUN way to include veggies in your diet?

I really enjoyed reading your blog on Veggies! I like the different ideas on how to incorporate more veggies. I love grilled veggies the best but also enjoy making casseroles with different veggies! I cant wait to try some of your new veggie recipes....even the butternut smoothie😬!